Cabinet is the top-level decision-making group within the Australian Government. Find out more about who is in Cabinet and how it works with this fact sheet.

Cabinet includes the Prime Minister and approximately 19 ministers who are part of the executive government. Cabinet ministers are responsible for major government departments.

Cabinet's role is to direct government policy and make decisions about national issues. Cabinet ministers spend a lot of time discussing current national problems and how these can be solved.

In Cabinet meetings, ministers present bills – proposed laws – prepared by their government departments. Cabinet considers these bills and recommends to ministers whether bills should be introduced into Parliament or changes should be made. Sometimes Cabinet sets up a sub-committee of ministers to examine an issue in greater detail.

Although it is an important part of Australia’s system of government, Cabinet is not mentioned in the Australian Constitution. Cabinet and its operations are based on past practice and traditions, some of which go back to the British Parliament.

Each government decides how Cabinet will operate. The Prime Minister chairs Cabinet and has a strong influence on how it works. Some prime ministers have used a majority vote in Cabinet to decide on an issue. Other prime ministers have preferred to try to reach a consensus decision.

Cabinet discussions are secret so ministers can speak freely about any issue, including highly confidential matters such as national security. Once Cabinet has made a decision, all Cabinet ministers are expected to support the decision publicly. This is known as Cabinet solidarity. Cabinet records were previously kept secret for up to 30 years; they are now kept secret for 20 years.

The Department of Prime Minister and Cabinet provides the technical, legal and other expert advice for the Cabinet to operate effectively.

The Prime Minister and Cabinet ministers are members of parliament, which means the Parliament can keep a check on their actions and decisions. The Parliament scrutinises – closely examines – the government. Each day in the House of Representatives and the Senate, ministers are asked questions about government decisions during Question Time.

Cabinet meets on a regular basis, often weekly. Meetings may be held in the Cabinet Room in Parliament House or in communities across Australia.

The Cabinet Room is located in Parliament House opposite the Prime Minister’s office and close to ministers’ offices. The room is highly secure. Mobile phones and computers cannot be used. High security is essential because the Cabinet discusses confidential and secret matters that affect the well-being of the nation.

The Cabinet in session. 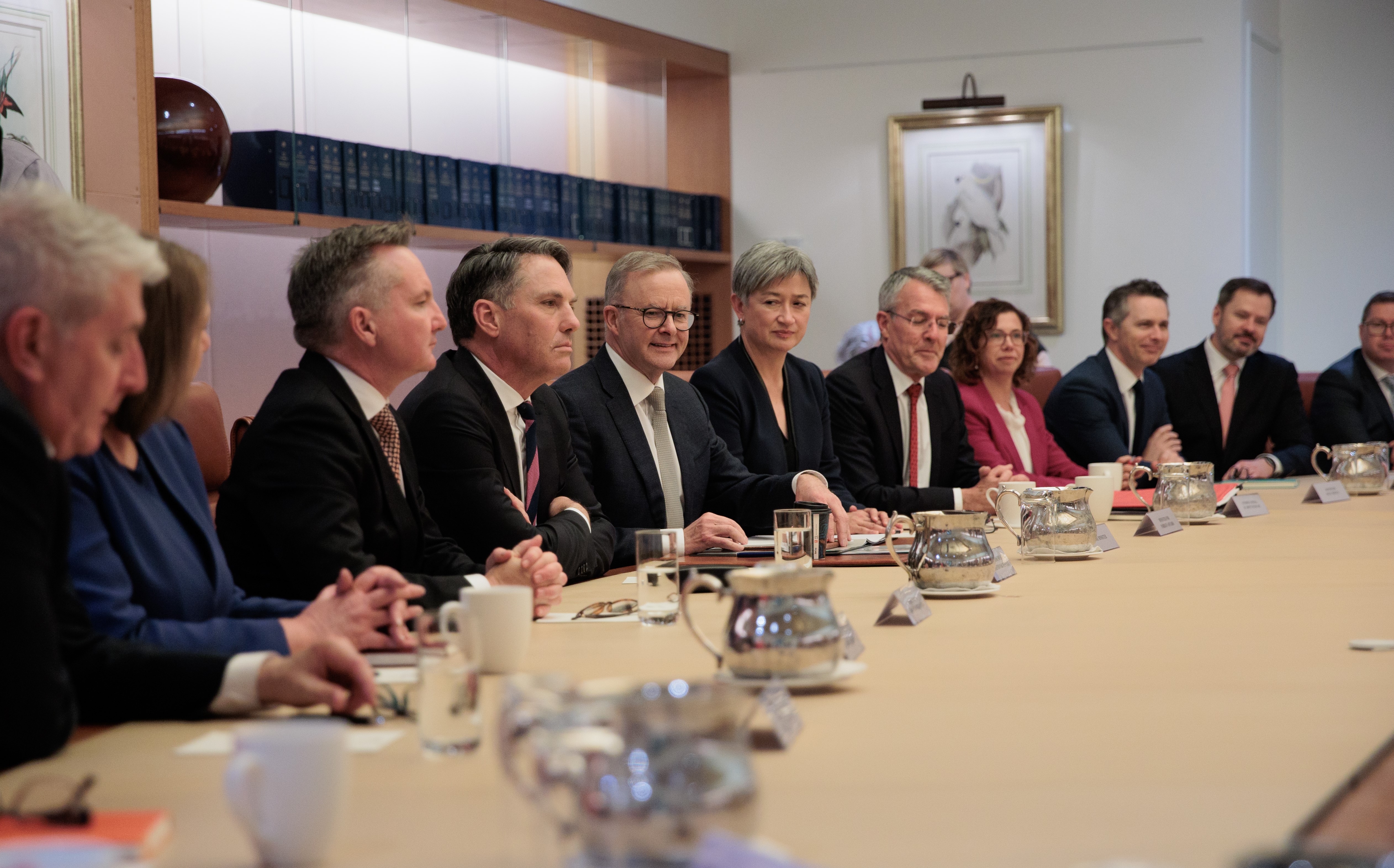 A group of people sit on both sides of a wooden table. The men and women look towards the camera. It looks as if their meeting has been interrupted because there are papers and water glasses on the table.

The Australian system of government: House of Representatives Infosheet

Ministers in the Senate: Senate Briefs