This fact sheet examines Australia’s mixed system of government. It includes information about Federation representative democracy and constitutional monarchy, and the role of the separation of powers.

A system of government is the structure by which a country is run. Some examples are democracy, communism, dictatorship, monarchy and republic.

Australia has a mixed system of government; it is a representative democracy and a constitutional monarchy. It is also a federation of states.

In a representative democracy, citizens choose candidates to represent them in a parliament. In Australia, federal elections are held approximately every 3 years to select members of parliament to represent Australians and make laws on their behalf.

Examples of other representative democracies include the United States, the United Kingdom and Argentina.

In a constitutional monarchy, the monarch does not have absolute power—they must follow the country’s constitution. The Australian head of state is His Majesty King Charles III. The King appoints the Governor-General to act on his behalf.

Examples of other constitutional monarchies include Belgium, Tonga and Sweden.

A federation of states

A federation is a group of states that have joined together to form a single country. In 1901, 6 British colonies united to form the country of Australia. Prior to this and for at least 50 000 years, Aboriginal and Torres Strait Islander peoples lived on the Australian continent and practised traditional cultures and languages. The colonies became Australian states and a federal Parliament was created with the power to make laws about national matters such as defence, immigration, trade and foreign affairs. The Australian Constitution—the set of rules by which Australia is run—sets out how the federal and state parliaments share the power to make laws.

The federal Parliament alone does not make all laws across the nation. Three levels of government work together to provide Australians with the services they need. The three levels are:

Some examples of other federations include Canada, India and Germany.

The Australian Constitution defines 3 groups—the Parliament, the Executive and the Judiciary—and describes how they share power. The separation of powers helps to ensure that no group has all the power, by giving each group their own area of responsibility:

The Australian system of government. 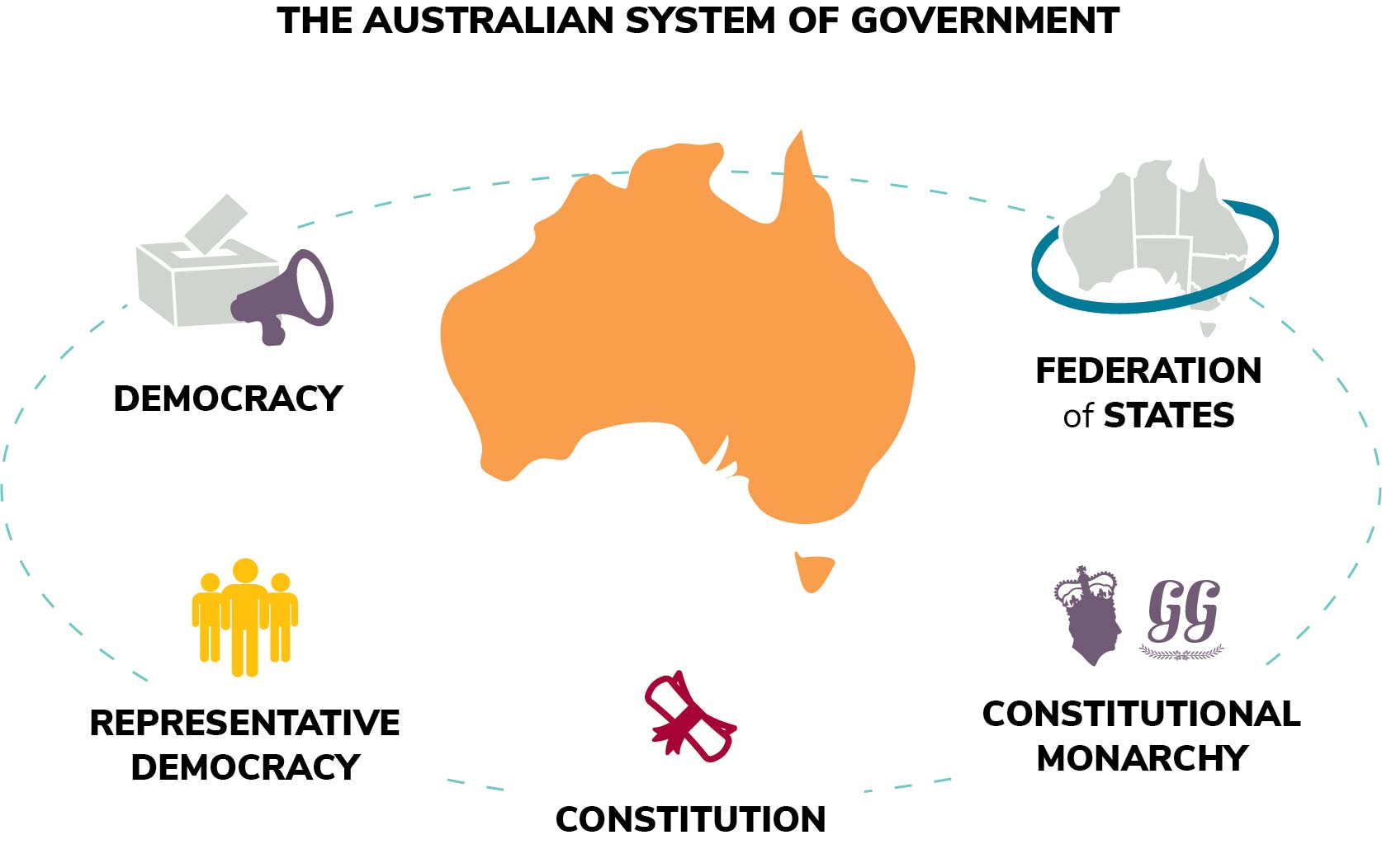 This graphic illustrates the 5 components of the Australian system of government: