This fact sheet introduces the different types of law that govern Australia—statute law made by parliament, delegated law made by government and common law made by courts.

Australia is governed by several types of law, which are made and operate in different ways.

Statute law is made by parliament. In the Australian Parliament, a bill is a proposal for a new law or a change to an existing one. A bill becomes a law after it has been passed in the same form by the House of Representatives and the Senate and is given Royal Assent by the Governor-General. It is then called an Act of Parliament.

For a bill to be passed, it must be agreed to by a majority vote in both houses of Parliament. A bill may also be sent to a parliamentary committee for further investigation before being voted on by the Parliament.

Sometimes the Parliament gives the power to make decisions about the details of laws it makes to the relevant minister, executive office-holder or government department. This is called delegated law because the power has been delegated—given—to that person or department.

Delegated law allows the specific details of an existing law to be made or changed without having to be debated and passed by the Parliament. It can often mean amendments—changes—to an existing law can be made in a shorter period of time, and by those responsible for the particular area it covers. The Parliament usually keeps the right to overrule—disallow—delegated law if it does not agree with it.

Common law is made by judges in a court, using precedent—decisions made in previous similar cases—to decide how they will judge a case before them. If no past cases with similar circumstances exist, a new decision is made, which would then become a precedent for a future similar case. If no statute law applies to cover a particular situation, common law will apply; however, statute law always overrides common law.

Australia inherited its system of common law from Britain. The name comes from the idea that common law applied to everyone in society, not just those—such as religious ministers—who  had particular rules relating to them. 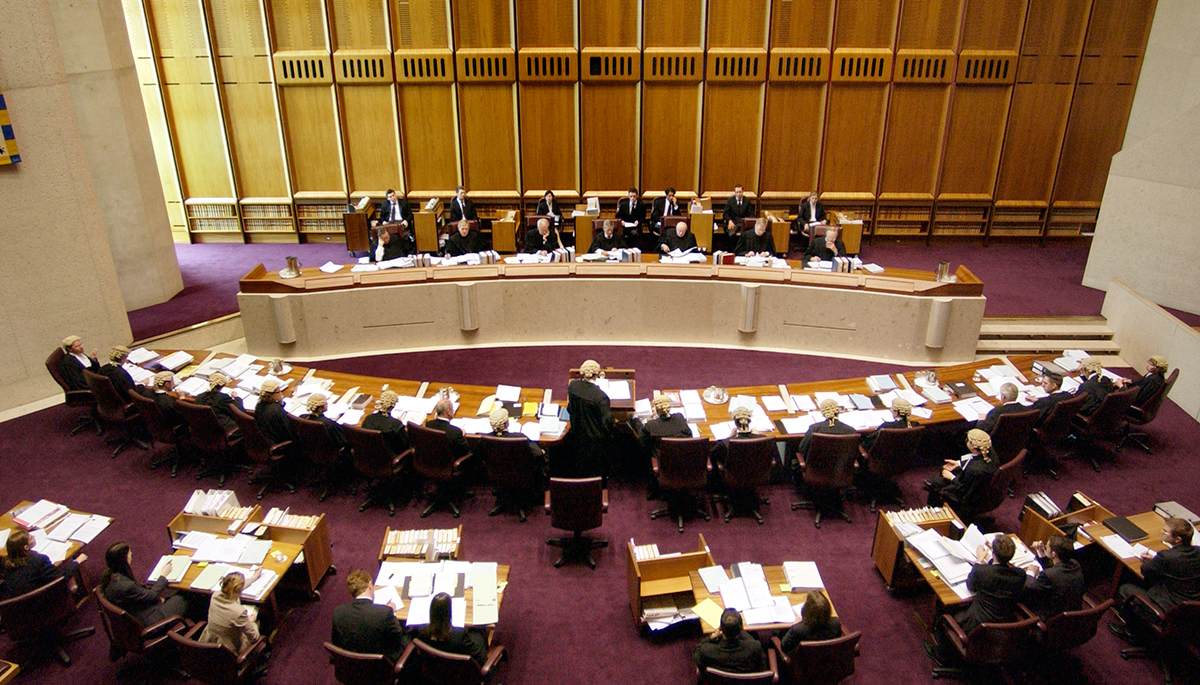 The usual path of a bill.

This diagram illustrates the usual path of a bill through the Australian Parliament to become Australian law.

In the House of Representatives a bill goes through the following stages:

The bill is passed in the House of Representatives and sent to the Senate.

Senate referral—the Senate may refer the text of the bill to a Senate committee for inquiry (this can happen while the bill is in the House).

In the Senate a bill goes through the following stages:

The bill is given Royal Assent—The Governor-General signs the bill.

The bill becomes an Act of Parliament—a law for Australia.

How delegated law is made and disallowed in the Australian Parliament.